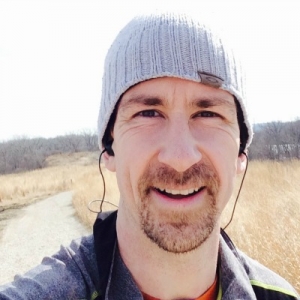 I am not a runner.  I struggle to get on the treadmill for twenty minutes 4 times a week.  This is no surprise to anyone who knows me.  It does, however, make it difficult for me to understand why Thor Johansen is running the Kettle 100 (100 mile ultramarathon) for the second time.

Thor’s bio says – Dr. Johansen is a Licensed Clinical Psychologist.  His clinical expertise focuses on the cognitive behavioral treatment (including exposure and response prevention) of anxiety and stress related disorders (OCD, panic disorder, social anxiety, phobias, & trauma). Dr. Johansen works with individuals of all ages and has special training in pediatric OCD. His testing expertise is focused on diagnostic testing and psycho-educational testing. Dr. Johansen is a member of the International Association for Cognitive Psychotherapy and a professional member of the International OCD Foundation. He also holds the designation of Approved Consultant with the American Society of Clinical Hypnosis.   Impressive, but doesn’t help me understand why he is running an ultramarathon.

I turned to google (also not a surprise for anyone who knows me) and read that ultra marathoners’ pain tolerance was different from “normal people.”  Ok that makes sense, also might explain why Thor acts like a 100 mile run is something anyone could do.

Then I read that researchers found significant personality differences. “Using a temperament and character inventory, they found that the ultra marathoners were, to put it one way, more off in their own little world than the control group.”  and I thought clearly Thor is the exception to that rule.  So like most things, there isn’t a single personality profile for ultra marathon runners.

I believe Thor’s drive has to do with him being passionate about people (including himself) growing into their full potential.  His passion is highlighted by his decision  to devote his ultra marathon to raising awareness and funds for Samaritan’s Children’s Mental Health Access Program – a program which provides fee subsidized mental health counseling services to children and adolescents in need.

Four million children and adolescents in this country suffer from a serious mental disorder.  No other illness harms so many children so seriously.  Thor’s goal is to raise $12,000 for Samaritan’s Mental Health Access program which provides fee subsidized services to children like 11 year old Mark.

Mark’s parents were very neglectful – even keeping him out of school for several years.  After the death of his mother, Mark began living with his grandparents (his father was in prison).  They brought him to Samaritan for counseling where his therapist focused on helping him adjust to school and being part of a more “normal” family. He learned appropriate values, how to manage anger and how to transition back to school.  Today, Mark is thriving in high school, and enjoys a loving, supportive family life.