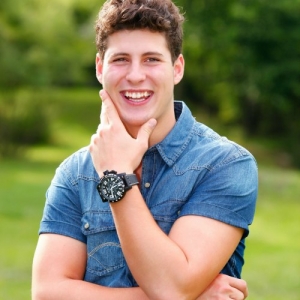 We’ve all read about how girls in our culture are affected by the current obsession with the tall, slender, well-endowed female body type as the ideal to which they should aspire. Given that this body type is something you are born with (or buy from your local cosmetic surgeon), most women don’t fit this image and are faced with constant reminders of this reality. It also seems fairly clear that these reminders contribute to problems such as unhealthy dieting, anorexia, bulimia, low self-esteem, and depression in women, especially in teens and young adults.

Seems some researchers decided to find out whether men are similarly impacted by our culture’s current idealized male body type. Generally, men are now “supposed to be” tall, well-muscled, with little body fat and convey a sense of physical prowess. Or at least that’s what you see in movies, on television, in magazines, etc.  Using a sample of college-age males, the study in question tried to determine just how this idealized male image affected the young men. The results suggest men also suffer from the disparity between what they see in the mirror and what they see in the media.  Research subjects reported significantly more depression and dissatisfaction with their bodies when confronted with this difference.

We often assume such sensitivity to body image is primarily a female characteristic. At one time, it likely was. Evidently it isn’t anymore, though. Boys struggle with the difference between our cultural fantasy and their own reality, maybe even as much as girls do.  I suspect this is a bigger problem for men now than it has been in the past. If we compare the male heroic figures of the last half century, we have moved increasingly toward an almost comic book masculine image. Yet, as with women, few men actually have the potential to live up to this image.  I am not suggesting that physical fitness — including weight, body fat percentage, muscle mass — is not an important part of overall health. But by idealizing a caricature of the male body type as the goal to which men — especially young men — should strive, we are doing men a disservice (just as we have been doing women a disservice for a long time).

I want to suggest, then, that we make it a point to have a conversation with our sons (a conversation which we have, hopefully, been having with our daughters for a while already) about what really is a healthy understanding of body types. And we need to put this understanding in the context of overall health rather than our culture’s fixation on outward presentation.  I suspect this conversation might best originate with dads. For better or worse (and likely a bit of both), our sons look to us to help them understand what it means to be a man. They may not always seem to be listening to us, but they likely pay a lot more attention than we think.

And if we talk to them in an open, honest way about the whole idea of a healthy male body image, they may have a bit easier time dealing with the less-than-healthy messages they get from our culture as a whole.

• Dr. Ken Potts is on the staff of Samaritan Counseling Center in Naperville and Downers Grove. He is the author of “Mix Don’t Blend, A Guide to Dating, Engagement and Remarriage With Children.”

Article First Appeared in the Daily Herald on October 29, 2014