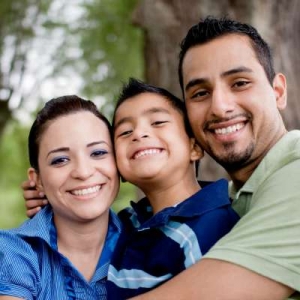 Have you heard about National Minority Mental Health Awareness Month?

In 2008, in the US House of representatives, a bipartisan group co-sponsored and passed a resolution known as the Bebe Moore Campbell National Minority Mental Health Awareness month.  July was announced to be the month to highlight public awareness of mental health illness, specially among minorities, as well as stressing the need to improve access to  treatment and services.  Awareness brings attention to mental health disparities and needs with diverse communities.

Representative Charles Gonzalez, Congressional Hispanic Caucus Chairman notes: “While mental illness does not discriminate, it disproportionally affects our minority communities.  This month must be seen as an opportunity to not only increase awareness of mental illness, but also to promote long-term solutions that address the uniqueness of America’s minority communities.”  Furthermore, Representative Grace F. Napolitano, Congressional Mental Health Caucus Co-Chair recognizes that: “Mental Health does not discriminate: it affects all of us regardless of race, class, or gender.  Mental wellness is just as important as physical wellness. We must all be part of the solution and work to invest in mental health services for those who need help”.

According to the US Department of Health and Human Services Office of Minority Mental Health:

In 2011, suicide attempts for Hispanic girls, grades 9-12, were 70% higher than for White girls in the same age group.
Poverty level affects mental health status.  Hispanics living below the poverty level, as compared to Hispanics over twice the poverty level, are three times more likely to report psychological distress.
African-Americans are 20% more likely to report having serious psychological distress than Non-Hispanic Whites.
Older Asian American women have the highest suicide rate of all women over age 65 in the United States.
Violent deaths –unintentional injuries, homicide, and suicide –account for 75% of all mortality in the second decade of life for American Indian/Alaska natives.

These are just a few statistics that support the notion that mental health care is critical, in terms of awareness and access.  This statement is not only supported by those statistics in which people did not have appropriate care and experienced negative outcomes.  The fact is that behavioral health is essential to health preservation: prevention works, interventions are effective, and people recover.

I invite you to participate in National Minority Mental Health Awareness Month by seeking to develop an understanding of your own personal, cultural values and beliefs as a way of appreciating the importance of multicultural identities in the lives of people, advocating for mental health access and culturally appropriate care.

Monica Guilhot-Chartrand is a bilingual (English/Spanish) clinical social worker, originally from Uruguay. Click here to learn more about or to contact Monica.