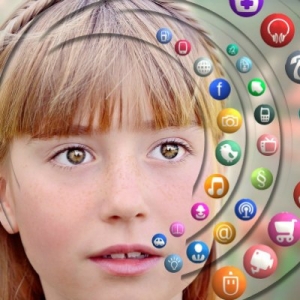 Surveys indicate that most teens do not report being “bullied” to their parents, but most parents are aware of the “social drama” that exists in their child’s life. Viewed by teens as a normal part of life it can be as devastating as more direct forms of bullying.

With social media and technology-assisted conversation (e.g, texting, Snapchat, Kik) one mistake, one unpopular choice can follow you your entire teenage school career with the tap of a button. Just one insecure, revengeful teen can alter the reputation of a former friend for years. Teens can find themselves sucked into the drama through lack of action or by going along with their friends. It’s everyone for themselves according to some teens. Going through your day hypervigilant about where you may show up online or who may be commenting on you places a high level of stress on many teens. Technology provides new avenues for the drama. It can be as easy as being left out of a group message to all your other friends, or your photo taken without permission. High school once seemed a way to “start over” with one’s reputation and friendship groups but now can become a place where everyone already knows who you are from social media and can easily look you up (including your true or untrue reputation).

Texting and social media interfere with the so called “compassion response”, eliminating the visual and emotional cues during conversations that keep our behavior in check. There is growing concern that we are decreasing our ability to empathize with others.

A survey conducted by Harvard Graduate School of Education found 80% of middle and high schoolers chose high achievement or their own happiness as more important than caring for others. Researchers suggest the problem may not be declining empathy, but rather who we have empathy for. Most teens care for their family and closest friends, but it’s the peers outside of this “circle of concern” that we need to think about, care about and interact with in kind and thoughtful ways.

How do we as parents address this technology-assisted social drama?

When caught up in social drama help your teen understand this as a form of bullying and give them support or direction.
Teach kids “Pause before Send”, asking themselves “How will the other person feel if I send this and why might that be important?”
Build empathy by talking with your child about their friends, but then zoom out and consider the feelings and perspective of people outside that circle.
Finally, involve teens in experiences that build relationships through a common cause or outside of their home school. Volunteer opportunities, youth missions, youth groups, community activities, even jobs. Such experiences help teens move past reputations and build friendships based more on being genuine.

Dr. Kratz is a Licensed Clinical Psychologist. She received her doctoral degree in Clinical Psychology from the University of North Texas. She has experience working with children, teens, and families coping with anxiety, depression, school adjustment, divorce, and other life difficulties. She has a special interest in helping parents and children deal with ADHD and learning difficulties. She offers Social Relating Groups to assist kids in improving social skills and build self-confidence. In addition to working with children, Dr. Kratz enjoys counseling adults .She uses a variety of therapy approaches and has extensive experience in brief goal-oriented treatment. In addition to offering therapy services, she is available for consultation and presentations to schools, parent groups, and other organizations. Dr. Kratz works out of the Samaritan Interfaith Naperville office and can be reached at 630-357-2456, extension 105 or at [email protected]