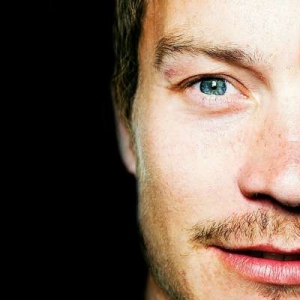 As a counselor who works with teens, I have worked with students who have dealt with suicidal ideation. Many parents are unsure if their teenager is being overdramatic or acting out for attention or trying to get their way. I tell those parents that it is better to err on the side of caution and safety and to be wrong then to minimize and dismiss and be wrong. When I have worked with students who have had suicide attempts, it is a very dark place where they are or have been. They are significantly depressed and see suicide as their only option with no other solution to their pain, hurt, and disappointment. They have lost their meaning. They are too overcome with depression to cry out for help and can feel too ashamed or isolated in their struggles. It is a real concern that needs help.

Often with suicide and suicide prevention, teenagers come to mind. While an important epidemic to address in adolescents, statistically there is another population to remember.

Last year in DuPage County, 3 of 82 Suicides were 19 or younger. 79 of 82 suicides were 20 years old and older.
In 2015 to date, in DuPage County, 5 out of 70 suicides were 19 or younger. 65 out of 70 suicides were 20 years old and older.
The Center for Disease Control (CDC) reports in 2010 that white men ages 35-64 had the highest rates of suicide, especially ages 45-54.
Just because you make it through what many consider the hardest stage, adolescence, does not mean you are coasting from there. Depression plus unemployment or underemployment, financial difficulties, divorce, health concerns, un-success and disappointment in this stage of life, and alcohol may all have a significant impact on this population. In our culture, it is still not acceptable to talk about feelings, disappointments, loss, hurt and struggles, especially for men. We often post on social media all the joys and successes and hide our struggles.

Both men and women get depression but it can be experienced differently. Men may feel more tired and irritable, lose interest and have more difficulty sleeping than women. Women who are depressed may be more likely to attempt suicide, but men are more likely to die by suicide.

My hope is that you get help if you are a depressed, before and if suicidal thinking starts to envelop you. I hope to bring attention to the neglected population of men, ages 20 years and older. I hope this blog makes you think about co-workers, friends, neighbors and family members that may need support and help for their depression as suicide is real. I hope you respond to the teenager with suicidal ideation but also respond that the college student, young adult, middle aged man or woman who might be secretly be struggling with depression and suicidal thoughts. Talking to a medical doctor or a counselor may be the first steps in getting help.

We are here to help.

Tracy is part of the Samaritan Clinical team and a Licensed Clinical Professional Counselor. She holds a Masters of Clinical Psychology from Wheaton College. Tracy specializes in working with children and adolescents with emotional and behavioral difficulties such as anger, self-esteem, depression and coping and social skills. In addition to working with children and teens, other areas of interest include working with concerns related to family, parenting, depression and anxiety, faith, cultural and women’s issues. Tracy also coordinates networks for Youth Leaders and Family and Children’s Ministries Leaders. Leaders serve in DuPage, Kane, Will and Cook Counties. She is a part of the Collaborative Youth Team in Naperville. Tracy can be reached at 630-357-2456, extension 104 or at ttakeda@samaritancenter.org. Tracy works out of the Naperville and Geneva offices.