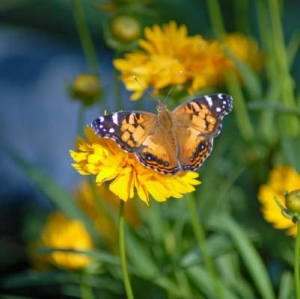 By Ken Potts – originally appeared February 25, 2015 in the Daily Herald

Not too long ago, adolescent suicide was prominent in the media again and numerous newspapers and magazines ran high-profile articles about this alarming trend. Most of the articles were informative, accurate and sensitive. An unfortunate few seemed primarily interested in sensationalizing these tragic deaths and offering quick and easy answers to the questions they raised. An attorney friend of mine who invests a good deal of time and energy in trying to help such troubled teens suggested I might also want to share my perspective on these events. Saddened as I was, however, I didn’t really think I had all that much to say about what was going on that hadn’t already been said.

At a conference I attended a number of years ago, however, I did hear some things said that I haven’t heard lately, and that I believe are worth repeating. The speaker was Dr. Rollo May, one of the true fathers of modern psychology. Expressing his own alarm at the almost 300 percent increase in reported adolescent suicides, he saw a message in the choice of a growing number of our children to end their lives prematurely. That message, he believed, had to do with the very “worthwhileness” of life itself. “There must be for each of us,” maintains May, “a reason to live.” Too often when people take their own life we ask why they chose to die. Yet the more important question is actually why we choose to live. None of us will continue struggling unless we have a reason, something motivating us to do so. If we lack or lose such motivation, May continued, the struggle inevitably becomes more than we will tolerate. And death can seem a viable alternative to some people when confronted with a life of struggle without reason.

Adolescent suicide, May suggested, may be a statement by a growing number of teens that they see no reason worth living for. They have lived long enough to experience the struggle — the hard work, the confusion, the hurt — that is a part of life. Yet they have not been given a convincing reason to continue in that struggle. May contended that out society is doing an increasingly poor job in imparting to our young people any sense of positive meaning to life. We more often stress quick and easy answers, short-term reward, conspicuous consumption, getting ahead at the expense of others, ends justifying means. Whether these values get played out in our families, our jobs, television, politics or organized religion, whether they lead to drug abuse, white collar crime, or “whoever dies with the most toys wins,” the message eventually gets across to our youth: This is what life is all about.

“If, indeed, these do reflect our reason for living, is it any wonder that some of us choose not to?” May left us with this question and, in it, I think he also pointed a way toward an answer. We must recognize that each time a person takes his or her own life, there are myriad complex reasons behind their decision. Yet in this act there is also the statement, “My life is not worth living.” In addition to dealing with the emotional and relational causes of adolescent suicide, then, we also must help our young people to see that there are reasons worth living for. We as a society, and as parents, must begin to teach our children the values that we truly believe give meaning to life. Of course, we must have discovered these for ourselves if we are to pass them on to others. May certainly offered no simple solution to the tragedy of adolescent suicide. In fact, he predicted they will continue. Yet he did suggest that there is hope if we can begin to more clearly express to our youth that there are indeed reasons to live.

Dr. Ken Potts is on the staff of Samaritan Counseling Center in Naperville and Downers Grove. He is the author of “Mix Don’t Blend, A Guide to Dating, Engagement and Remarriage With Children.” Click here to learn more about Ken