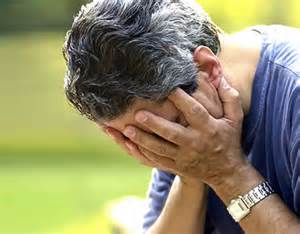 What drives people to suicide?

What drives people to suicide? Most people respond, “depression.” But it’s such a broad term, used so frequently, that it isn’t very helpful. I’d like to say, “tunnel vision.” Tunnel vision is when one looks at the future, sees only one option, and that option is bad.

Roger shot himself in the head with a small revolver. It was small enough that he did not die with the first shot. He knew he should shoot again, but by that time his instinct for self-preservation had kicked in. He drove himself to the hospital with a bullet lodged behind one eye. After the ER finished bandaging him up, he was sent to a psychiatric hospital and there his story came out. He had tunnel vision. He had worked at his own business all his life until, in his 50s, he had to stop. The chemicals he’d used to lay commercial flooring had damaged his lungs and he had COPD, chronic obstructive pulmonary disease. He had to use oxygen at night to sleep and even sometimes during the day. He was so sick that he could not even manage a part-time job. And he had health insurance only because he was paying the $900 bill with his savings. Once the money ran out, he saw himself as sick but unable to get healthcare and living with family members. He didn’t want to burden him.

Roger did what some suicidal people do—he began planning the act. He decided that he would shoot himself the day his healthcare ran out. He started giving things away, but not so much that people would notice. He wrapped up a little unfinished business, and made dates with old friends to (in his mind) say goodbye. Then he shot himself.

What Roger hadn’t considered was that there were federal and state programs that could help him. By the time he left the psych hospital, he had applied for Medicaid and was promised that it would cover his bill there and in the ER. Even the specialist ophthalmologist that the hospital recommended to repair the damage to his eye, took Medicaid. He had also applied for SSDI—Social Security Disability Income—so that he would have money  to live on. He had faithfully paid into Social Security while running his business. He faced a tough time while disability processed his application, but the waiting period  had already been met. He had not worked in years due to his medical condition. And his kids—that he didn’t want to burden—were in fact happy to help with groceries, etc., during that time. And finally, he had a new apartment to live in—one for disabled people and older folk who paid 30 percent of their income for rent rather than the market value. It was a small place, to be sure, but he would not be a burden to his family.

In counseling after his suicide attempt, Roger shook his head, saying, “I had no idea there were so many programs to help people like me who can no longer work. I didn’t even ask anyone. I just focused on that end date, when my health insurance would run out and I would need to be gone.” That’s tunnel vision.

Depressed people often don’t see their options. Their hopelessness is so great, that had anyone told Roger about the social programs that would help him, he probably would not have believed it. Roger had three common risk factors for suicide: mental illness (his depression), chronic illness (his COPD), and access to firearms. If he had not been as secretive as he was, friends might’ve noticed some of the warning signs for suicide: his giving away possessions, meeting with old friends to say goodbye, and his having a gun in the house. But it’s very difficult to realize what’s going on with a friend.

Unlike Roger, many people who are suicidal don’t prepare for it. Often it seems as though it was a completely spontaneous decision. They may have appointments set up for the future, they may talk about plans for activities coming up, and they may even be on medication for depression and be seeing a counselor. No one, except someone who has attempted suicide and survived, can say why they did it. But often it seems like the simplest way to solve an overwhelming number of problems. With tunnel vision, they don’t see the loved ones who will be deeply hurt or the friends who may feel betrayed.

If you feel you are in a crisis, whether or not you are thinking about killing yourself, please call the National Suicide Prevention Lifeline at 1-800-273-TALK (8255).